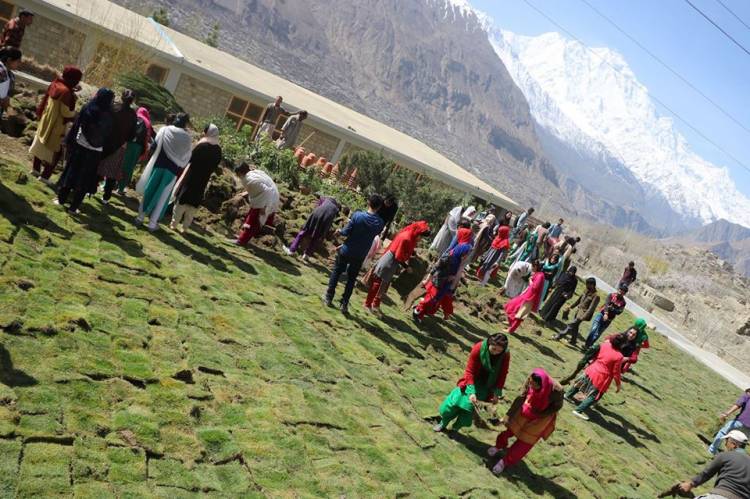 Karakorum International University (KIU) has begun it's tree plantation drive. Vice Chancellor Prof Dr Attaullah Shah inaugurated the campaign by planting a sapling bud in the campus. He said that the university would plant about 10,000 trees as part of PM's plantation drive, and urged faculty members and students to wholeheartedly take part in the campaign to give success to the project

The Forest department had provided about 10,000 trees which would be planted in Huza, Gizar and Diamer campuses of the university during the first phase. In second phase, he said that the campaign would be extended to rest part of the area in which maximum trees would be planted.